Lost in Translation Part II: The Reveals and Reviews

The Lost in Translation Tag was created by Eryn @ Love Your Shelf, but I discovered it through Neri @ Postcards from La-La-Land & my post format will closely follow hers. You can see my original post here.

This is a drama filled, kept me on the edge of my seat, murder mystery that left me guessing time and time again. It's not for the weak of heart--there's lots of graphic sex scenes, explicit language, and trauma. Lots and lots of trauma. I have never wanted the death of a character quite as much as I have while listening to this novel--and the author's good, almost too good. I say this because the murder victim isn't revealed until the last quarter of the book. So as the story unfolds, readers have no idea who dies or who the murderer might be--but that doesn't stop readers from trying to figure out who-dun-it.

Actual Title: Queen of Air and Darkness by Cassandra Clare

This is an exciting and satisfying end to the Dark Artifices series. I love Cassandra Clare and the Shadow Hunter World she has created. I used to read these novels like candy and now I'm listening to them like candy as I drive between home, babysitters, and work. I do have to admit, I'm writing this review before actually finishing the novel (I have two discs left--out of 24). There's lots of demon slaying, world hopping, fairies, wizards, and forbidden love to go around and I'm loving every second of it.

I love this book so, so, so much. First of all, it's a sports book that doesn't feel like a sports book. Sports books bore me. Maybe it's because this sport in particular is fencing--but I absolutely love the history, the moves and how the author ties it directly to the main character's every day feelings, challenges, and struggles.  This book is also super important because it's an own voices story about first hand colorism. The main character, Donte, and his brother  are biracial, but Donte has darker skin than his brother, and in a mostly all white prep school, readers get to see what colorism looks and feels like. It's an eye opening experience, but it doesn't feel like the book only serves the purpose of exposing or relating readers to these topics. The characters are so three dimensional and their growth is fantastic. This is a quick, fun read with lots of important topics and experiences.
at April 09, 2021 1 comment: 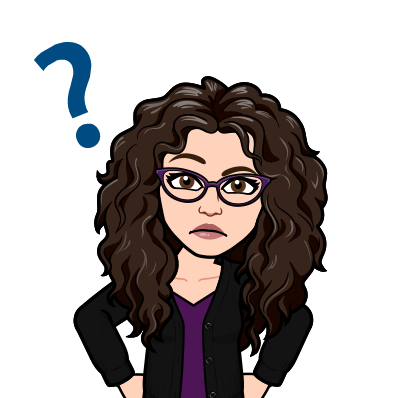 The Lost in Translation Tag was created by Eryn @ Love Your Shelf, but I discovered it through Neri @ Postcards from La-La-Land & my post format will closely follow hers.

Book 2: Woman of Air and Darkness

SPOILER ALERT: You guys, I am so sad that my titles are not as lost as Neri's! I'm apparently not reading books with hard enough titles to translate.

Share your best guesses about what I've been reading in the comments! And feel free to consider yourself tagged if you find the prompt intriguing!
at April 01, 2021 1 comment: 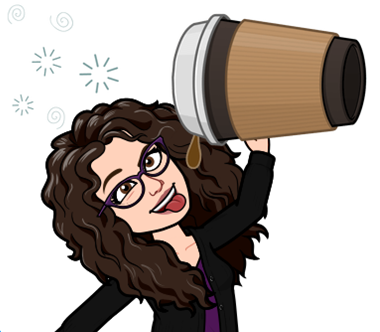 2. THANK THE PERSON WHO TAGGED YOU AND LINK BACK TO THEIR POST.

5. HAVE A HOLLY JOLLY GOOD TIME!

BONUS #1: REMOVE ONE OF THE PROMPTS AND REPLACE IT WITH YOUR OWN FAVORITE WINTER DRINK PROMPT!

Thank Yous & Tags: A special shout out goes to both NeriSiren (who created this winter book tag) & Sarah Maree! They both tagged me. If you click on their names you can find their original posts. If this sounds like a fun post, consider yourself tagged!

Disclaimer: I’m not very creative when it comes to the things I drink and I’m also not very aware of a lot of Christmas cheer in the books I typically read. With that being said, some of these titles MAY stretch the limits of Christmas or winter or the described drink.

The Lion the Witch and the Wardrobe by C.S. Lewis

I don’t really read a lot of books that focus on Christmas. And if I’m being honest, aside from the Harry Potter books and a random YA novel, I don’t really remember too many of the books I’ve read TALKING about Christmas. So you get The Lion the Witch and the Wardrobe because there’s a lot of snow in it :)

The Inn at Ocean’s Edge by Colleen Coble

This is a sweet romance with scandalously spicy mystery. Claire joins her father on a business trip and is instantly overwhelmed with flashbacks and panic attacks that she cannot explain. Why would a place she's never been to feel so familiar?

Eggnog / Pumpkin Spiced Drinks: You Either Love It or You Hate It

This was one of my guilty pleasure reads in highschool. I’m not sure I could re-read it as an adult. But boy oh boy do I still enjoy memes, gifs, and fanfiction revolving around this world created by Stephanie Meyer. And I think her world definitely has some influence in the worlds I create as well. I’m a 30 year old who’s still way too obsessed with vampires and werewolves...

This book feels like a magical space western / Korean Mythology cross over and I LOVE IT. Min is a gumiho, or a shapeshifting, charm bearing fox creature that has the ability to take on a human form. As a child she has always been taught to never reveal her true form because the humans are frightened of fox spirits. The old stories claim that fox spirits would lure humans to drain away their life forces. Dragons, Goblins, and Tigers, while still looked down upon by most humans for being supernaturals are at least allowed to use their magic freely. When a strange investigator shows up at Min's house calling her older brother Jun a deserter, all bets are off in Min's mind as she takes off on a daring space adventure to find her brother, clear his name, and bring him home safely to their mother.

Monster Energy Zero Ultra: A Book Character That Gets You Fired Up for Much Needed Change

Okay, this one was a HARD decision and I think it comes down to a tie. In The Grace Year, Tierney is a clever, resourceful girl that lives outside the demanding rules of her society. When every girl turns 15 she comes into her magic, magic that is used to seduce and manipulate men. The only way to purge their bodies of the magic is for the girls to be locked in a secure camp for a whole year. At the end of the day, Tierney is the only one who can see their society for what it is, and also knows the first steps toward making everything better.

On the Come Up by Angie Thomas

On the Come Up features Bri- a sixteen year old rapper of color who just wants to make it big. Instead, she gets busted at school for selling candy bars and the security guards at school treat her like a drug dealer. Bri uses her words and rhymes to not only make it big, but to find herself and encourage real change in her community. You cannot stop her on the come up.

Peppermint Hot Chocolate: A Jazzed Up/ Twisted Classic that Should’ve Been Left Alone OR a Book that Still Makes you Salty

Harry Potter and the Cursed Child.

I’m going to say it, and I know this isn’t going to surprise ANYONE who follows me regularly but, The Cursed Child STILL makes me salty. IT IS NOT CANON--IT’S A POORLY WRITTEN FANFICTION. End rant.

Alcoholic Strawberry Daiquiri: A Book That’s Trying To Do Too Many Things (OR That One Element that Bugs you About an Otherwise Good Story)

Children of Virtue and Vengeance by Tomi Adeyemi

This is a sequel to an absolutely FABULOUS book. This one is not so much. The characters feel like they’re completely destroyed and the entire novel is 400+ pages of the main characters arguing about going to war / attacking each other and failing to make any headway.

Caramel Frappuccino: The Series You Drop Everything Else For

Keeper of the Lost Cities by Shannon Messenger

This is one of my all-time favorite books series. It features elves, dwarves, goblins, gnomes, humans, trolls, alicorns & more. To mere humans, it looks like magic, but really, it’s all super advanced science and I love it. While the books do get dark, the world itself (has a LOT of its own problems) is so vibrant and wonderful.

Hot Chocolate with ALL da Marshmallows: A Delightfully Frosty Character

Della (short for Delicious, but she NEVER lets anybody call her that because it’s weird AND the last time a teacher tried to use her full name a boy LICKED her to see if her name was a good fit) is fierce, strong, loyal, clever, and she doesn’t take snow from anybody. ♥

The Book Charmer by Karen Hawkins

This is a wonderful, hint-of-magic, small town cozy read about a librarian that can really read a book and the people of her town. It’s also about a woman who lost her sister, gained a teenager, and has also found herself tasked with taking care of her elderly foster mother.

Iced Sun Tea: A Book That’s Totally Out-of-Season But You Don’t Give a Flying Reindeer

This one is totally more of a Halloween read since it involves witches and werewolves, BUT it’s actually great anytime of year, no matter what anybody else says!

Harry Potter and the Sorcerer’s Stone

Lost in Translation Part II: The Reveals and Reviews

A Quick Recap: The Lost in Translation Tag was created by Eryn @ Love Your Shelf , but I discovered it through Neri @ Postcards from La-La-L...